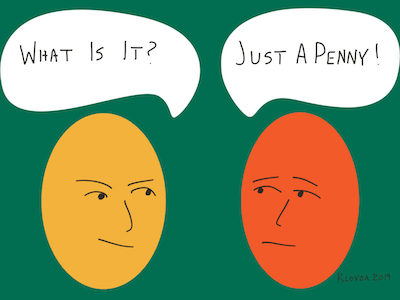 Several years ago I was standing around with a group of sales people having a conversation about different prospecting strategies and tactics.

In the middle of the conversation one of the producers pulled a wad of cash out of his pocket and took a couple of loose pennies he had and proceeded to throw them in the waste basket.

I was floored. I went over and picked them out of the basket. I said to him, “What are you doing?” He said, “They're only pennies.” I said, “They're PENNIES!”

How many pennies have you thrown away lately?