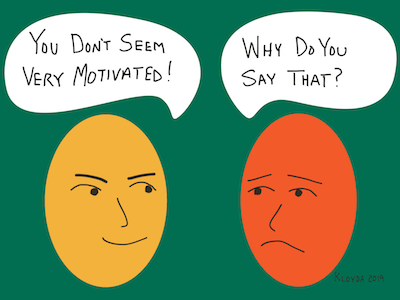 Many people have searched for the secret of success in the business of sales, myself included. In all my efforts, one truth has borne itself out time and time again. There really are no secrets. Selling is a highly disciplined activity repeated day after day. Many sales people fail in their efforts, not because they lack the drive, but rather because they ignore the fundamentals. The next paragraph, from the Book of Proverbs provides a great illustration of what I mean.

How often do you put things off because you are not feeling motivated?

“I went by the field of a lazy man. And by the vineyard of the man devoid of understanding; And there it was, overgrown with thorns; its surface was covered with nettles. It’s stone wall was broken down. When I saw it, I considered it well; I looked on it and received instruction: A little sleep, a little slumber, a little folding of the hands to rest. So shall your poverty come like a prowler, and your need like an armed man.”