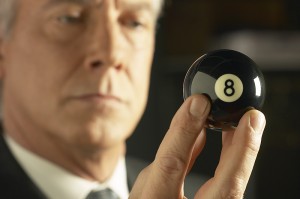 I believe that success in life is the refinement sound basic principals that never change. You might say, “Wait a minute, everything is changing.” Well that may be true, but not the basics and fundamentals.

Let me share a couple of examples to illustrate my point: We are deep into football season. Every team knows the team that controls the line of scrimmage wins the game. You can have the greatest stadium, the best looking uniforms and exceptional players, however, if you do not control the line of scrimmage, it's going to be a long season.That is one basic and fundamental aspect of the game that never changes.

I participate in a pool league on Wednesday evenings. I have been playing pool since high school. I love the game of pool! There are certain basic and fundamentals to the game of pool that have never changed. Such as controlling the cue ball. I know that if I can control the cue ball and sink my object ball, I have a pretty good chance of winning the game. Easier said than done.

I love teaching the basics and fundamentals of sales. Why? Because it is the foundation to all success in sales. I was fortunate enough to meet Tom Vanyo in 1980. He changed my life. He believed in me when I hardly believed in my self. I loved his sales meetings. I couldn't wait to hear him speak. Each week he pounded the basics and fundamentals into my head. The meetings were awesome. I never grew tired of what he said, even though I may have heard the same thing over and over again. I always came away with one idea and applied it immediately seeing amazing results.

Have I strayed away from the basics and fundamentals of sales over the years? Of course I have. It's human nature to take the path of least resistance. Yet each time I do I a pay a price.

In the early 80's I was involved in Karate. I typically went three times per week. Each week it was the same thing over and over again. After about a year of this I had enough. I was bored and frustrated. I went to my instructor and said, “When are we going to get to the good stuff?” He looked at me and softly replied, “I can't teach you the “Good Stuff” until you master the basics and fundamentals and frankly you've got a long way to go.” Remember the movie Karate Kid? Wax on. Wax off.

Has Tiger Woods mastered his golf swing? He's still working on it, isn't he? Why did he hire another coach? Because he wants to improve his game. The only way to improve the game of sales is to master the basics and fundamentals.

I recently gave a webinar called “The Art of Organization”. I talked about the basics and fundamentals of time management and how to focus on the three most important activities each day.

After the webinar I received an email from one of the participants and they said it, “felt like it was 1988….my first year in the business.” I wanted further clarification so I asked , “Was that good or bad? Please explain…”

The participant replied with, “At the risk of sounding blunt, I guess that I didn’t hear anything that I haven’t heard before. The hash mark call tally sheet…..really? …On a positive note, I do agree that you can have feelers out all over but if you don’t pick up the phone or have cup of coffee face to face nothing is going to happen. I’m going to tune in to the next two calls to see what I hear….always willing to try to learn something new.”

I have been practicing the basics and fundamentals of sales for over 31 years. Have I mastered them? Nope. Will I ever? Not sure, I'll keep you posted!

Have you mastered the basics and fundamentals?