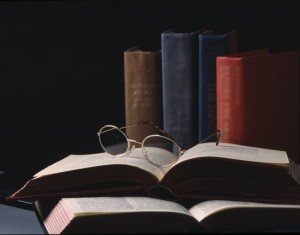 Early on in my sales career I had the privilege and honor of being a sales producer under the leadership and guidance of Tom Vanyo, a master salesman, mentor and friend. He was best and in my opinion still is.

Tom owned a small Stock Brokerage firm in Minneapolis and knew how to lead, teach and inspire his salespeople. Tom knew the secret to motivate his team. I remember early on in my career I couldn’t wait to attend the next sales meeting, to glean that next new nugget that would help me sell better and become a better person.

In each meeting, Tom spent a majority of the time talking about sales, how to sell, closing, working with objections and last, some product knowledge. The core of each meeting was about selling. That is why they call it a sales meeting, right? It’s not called a product knowledge meeting, a sales statistics meeting, and complain about someone or something meeting, it’s called a sales meeting for a reason. Teach me how to sell and I will do my job better. After all, isn’t that why you hired me in the first place?

When I met Jim Rohn in 1990 he also impressed upon me the importance of personal development. I will never forget what he said, “Work harder on yourself than you do on your job and your gifts and talents will always make a room for you.”

Andrew Carnegie came to this country in 1848 at the age of thirteen. He went to work in a factory as a bobbin boy, changing bobbins on all the machinery with a staring salary of a dollar twenty a week. You know what he did every day? He improved his skill. He learned something about the company, industry, competition and how to be more efficient at what he was doing. They gave him a raise to a dollar sixty-five a week.

Then he went and got a job in a telegraph office delivering messages to all the prominent business men and women around town. But you know what he did every day, before he started his day? He showed up at the office before anybody, when the office was totally silent, and he trained his ears how to tell the difference between a dot and a dash as it came across the wire. Because he was able to decipher the message with his ears rather than visually, he eliminated one step in the process, improved the efficiency of the office, and received a raise to twenty five dollars a month. And 47 years later, he sold his entire steel empire to J.P. Morgan for 400 million dollars. And he started out at a dollar twenty a week.

Over the years I have invested thousands of dollars and hours into improving my skills and abilities. So often I hear others say, “I'm going to wait until my company invests in me.” My question for you is this. What if they don't?